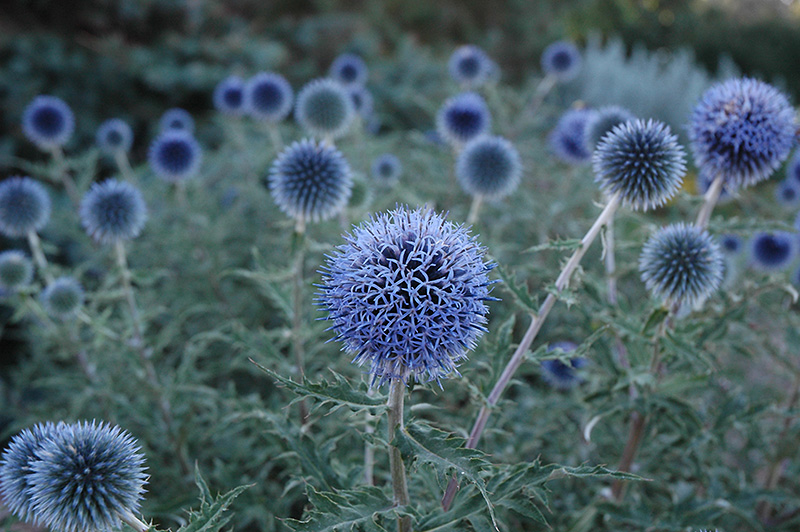 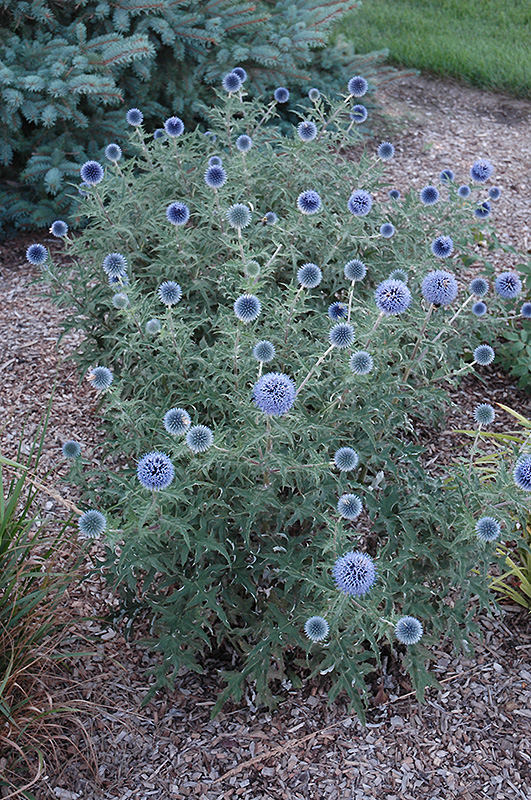 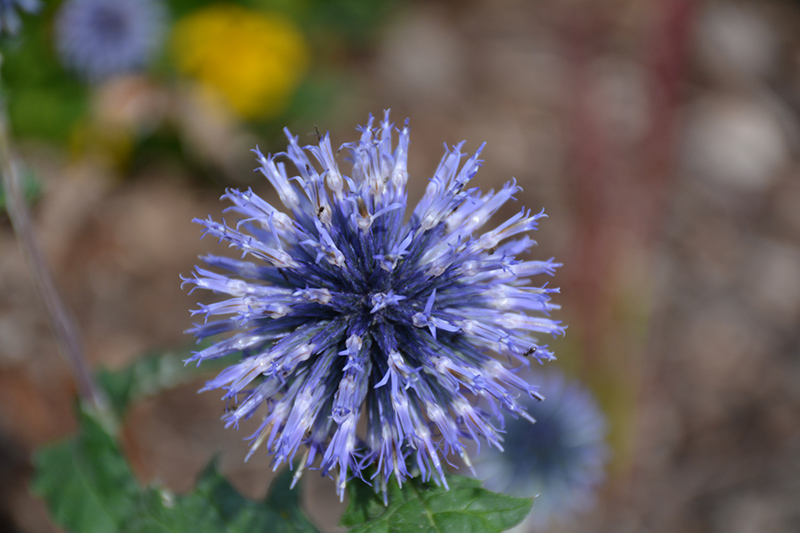 Striking globe-shaped steel-blue flowers steal the show when in bloom; may need staking; not an invasive type of thistle, good for attracting pollinators; do not over-fertilize; soil must be well-drained

Blue Glow Globe Thistle features bold steel blue pincushion flowers at the ends of the stems from mid summer to early fall. The flowers are excellent for cutting. Its attractive spiny lobed leaves remain silvery blue in colour with curious silver undersides throughout the season.

Blue Glow Globe Thistle is an herbaceous perennial with an upright spreading habit of growth. Its relatively coarse texture can be used to stand it apart from other garden plants with finer foliage.

This is a relatively low maintenance plant, and is best cleaned up in early spring before it resumes active growth for the season. It is a good choice for attracting bees and butterflies to your yard, but is not particularly attractive to deer who tend to leave it alone in favor of tastier treats. It has no significant negative characteristics.

Blue Glow Globe Thistle will grow to be about 3 feet tall at maturity extending to 4 feet tall with the flowers, with a spread of 24 inches. The flower stalks can be weak and so it may require staking in exposed sites or excessively rich soils. It grows at a fast rate, and under ideal conditions can be expected to live for approximately 10 years. As an herbaceous perennial, this plant will usually die back to the crown each winter, and will regrow from the base each spring. Be careful not to disturb the crown in late winter when it may not be readily seen!

This plant should only be grown in full sunlight. It prefers dry to average moisture levels with very well-drained soil, and will often die in standing water. It is considered to be drought-tolerant, and thus makes an ideal choice for a low-water garden or xeriscape application. It is particular about its soil conditions, with a strong preference for poor, alkaline soils. It is somewhat tolerant of urban pollution. This is a selected variety of a species not originally from North America. It can be propagated by division; however, as a cultivated variety, be aware that it may be subject to certain restrictions or prohibitions on propagation.