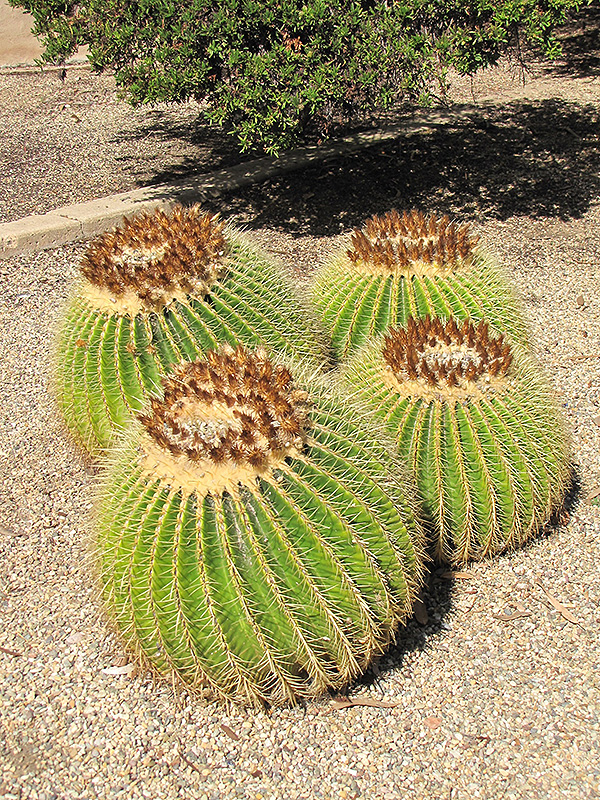 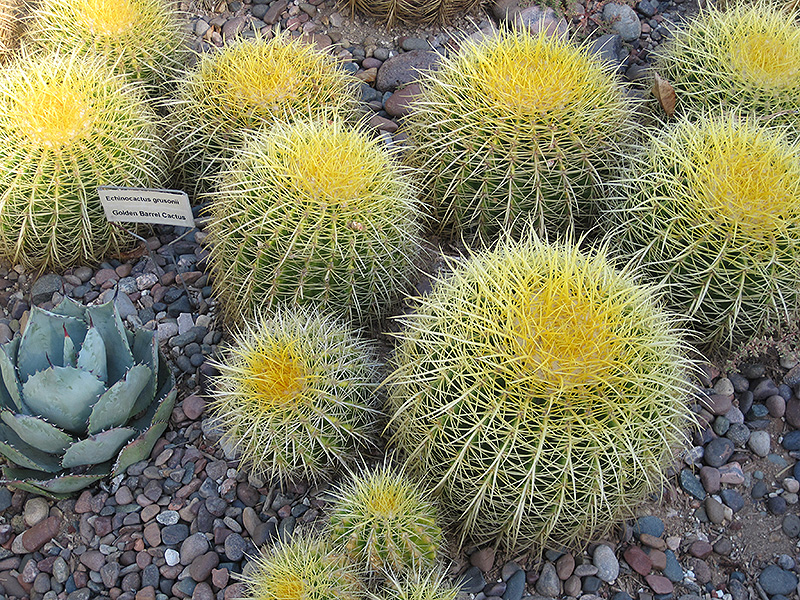 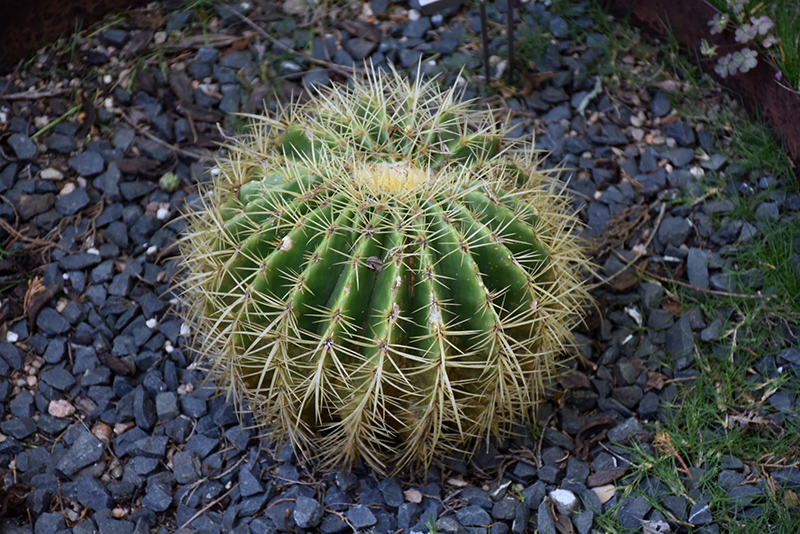 Golden Barrel Cactus is a member of the cactus family, which are grown primarily for their characteristic shapes, their interesting features and textures, and their high tolerance for hot, dry growing environments. Like all cacti, it doesn't actually have leaves, but rather modified succulent stems that comprise the bulk of the plant, and which are designed to hold water for long periods of time. This particular cactus is valued for its distinctive barrel shape, and usually grows as a single spiny ribbed green stem. This plant has yellow cup-shaped flowers held atop the stems from late spring to early summer, which are interesting on close inspection.

Golden Barrel Cactus is a succulent evergreen plant with a characteristic upright barrel shape. It tends to grow as a solitary entity comprised of a single stem, and it doesn't usually spread laterally. As a type of cactus, it has no true foliage; the body of the plant is wholly comprised of a spiny green stem which is prominently ribbed.

This is a relatively low maintenance plant, and should never be pruned except to remove any dieback, as it tends not to take pruning well. Deer don't particularly care for this plant and will usually leave it alone in favor of tastier treats. Gardeners should be aware of the following characteristic(s) that may warrant special consideration;

Golden Barrel Cactus is recommended for the following landscape applications;

Golden Barrel Cactus will grow to be about 24 inches tall at maturity, with a spread of 3 feet. It is often grown as either a solitary specimen or in combination with other complementary plants as part of a garden composition. It grows at a slow rate, and under ideal conditions can be expected to live for approximately 20 years.

This plant should only be grown in full sunlight. It requires an extremely dry, well-drained growing location, and will usually die in standing water. It is considered to be drought-tolerant, and thus makes an ideal choice for a low-water garden or xeriscape application. Like most succulents and cacti, this plant prefers to grow in poor soils and should therefore never be fertilized. It is not particular as to soil pH, but grows best in sandy soils. It is somewhat tolerant of urban pollution. This species is not originally from North America. It can be propagated by division.

Golden Barrel Cactus is a fine choice for the garden, but it is also a good selection for planting in outdoor pots and containers. It can be used either as 'filler' or as a 'thriller' in the 'spiller-thriller-filler' container combination, depending on the height and form of the other plants used in the container planting. It is even sizeable enough that it can be grown alone in a suitable container. Note that when growing plants in outdoor containers and baskets, they may require more frequent waterings than they would in the yard or garden. Be aware that in our climate, most plants cannot be expected to survive the winter if left in containers outdoors, and this plant is no exception. Contact our experts for more information on how to protect it over the winter months.